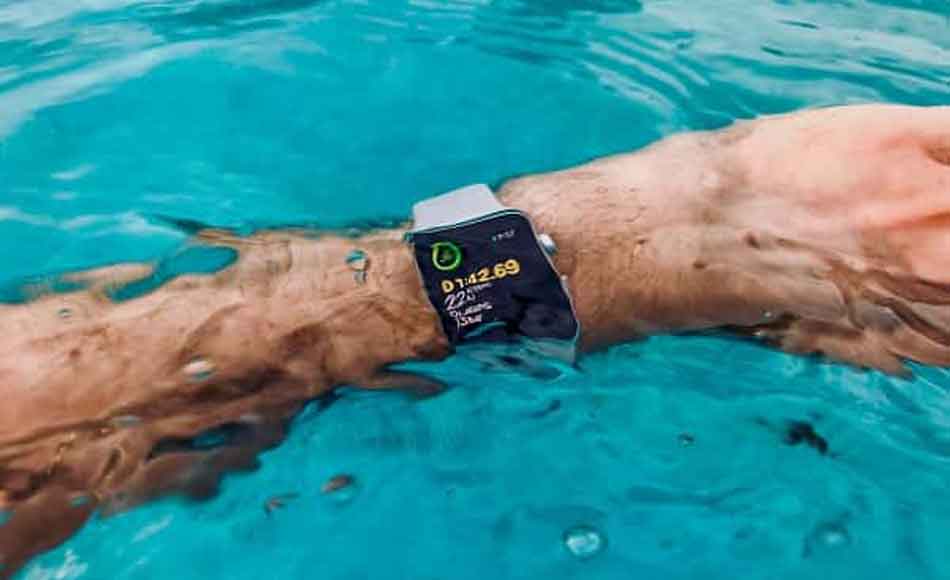 You’re on vacation and you’ve never snorkeled before. You start to panic because you don’t want to ruin your Apple Watch with salt water or sand!

Apple watches are expensive, you don’t want to ruin your $400 investment on an activity you might not even enjoy.

So, can you go snorkeling with an apple watch?

Apple series 1 watches are not waterproof and should be taken off before any type of water activity. Apple designed the series 1 watch for sweating while exercising, washing hands, and being in the rain. They are not designed for water submersion. Apple watches series 2 and newer are described as 50m water-resistant so you can safely snorkel in them assuming they are in excellent condition.

If you do forget, it’s important that after snorkeling, or swimming, that you make sure your watch is completely dry so as not to damage it. In addition, if water does get inside the watch then take it in for repair immediately since this can lead to corrosion of the metal parts over time which could result in permanent damage.

Here is how Apple describe the series

In general, Apple does not recommend the watches for high-velocity water sports like water skiing but swimming and snorkeling should be fine.

Contrary to popular belief the fact that a watch is described as waterproof does not mean that it is permanently waterproof. After a while, the seals may become damaged and can no longer keep water out of the watch case.

Sunscreen, Body lotion all contain oils which over time will degrade the seals and make your watch less resistant to water.

The one risk to snorkeling with an apple watch is if you get too deep or go down for long periods of time in saltwater this could damage the watch over a prolonged period of time.

What About The Strap – It’s Not Just The Watch

The watch strap, if it’s made of leather or steel will degrade.

If you have a rubber strap, salt and chlorine will degrade the material over time making it less resistant to water.

Snorkeling With Your Apple Watch

If you are going snorkeling, it’s probably best to leave your apple watch on the boat or in the hotel room.

An Apple watch is an expensive timepiece so why risk it by going snorkeling?

Apple watches are water-resistant to a depth of 50 meters which is more than enough for snorkeling, as most new snorkelers will struggle beyond 5m depths.

The straps on your apple watch are also susceptible to saltwater because they can degrade over time making it less resistant to water. If you take this into account, maybe leave the watch behind.

Personally, I would get a waterproof dry bag and place the watch in that if you really want to take your Apple watch snorkeling or forget you have it on as you embark on the trip.

Most boat tours will have a locker of some sort where you can store your watch.

If you don’t want to take that risk, just buy a cheap digital or quartz watch and leave the expensive one at home.

Also, nearly all famous snorkeling locations have small locker spaces for storing items for a small fee at best.

Can you go snorkeling with an apple watch? – It really depends on your activity level and depth preference, as well as how long you plan to be in the water.

The earlier the watch series, the more inclined I might be to say no.

Apple watches do not have any specific waterproof rating so it’s difficult to say definitively if they are safe or unsafe.

Why risk it? Best leave it at home or the hotel.