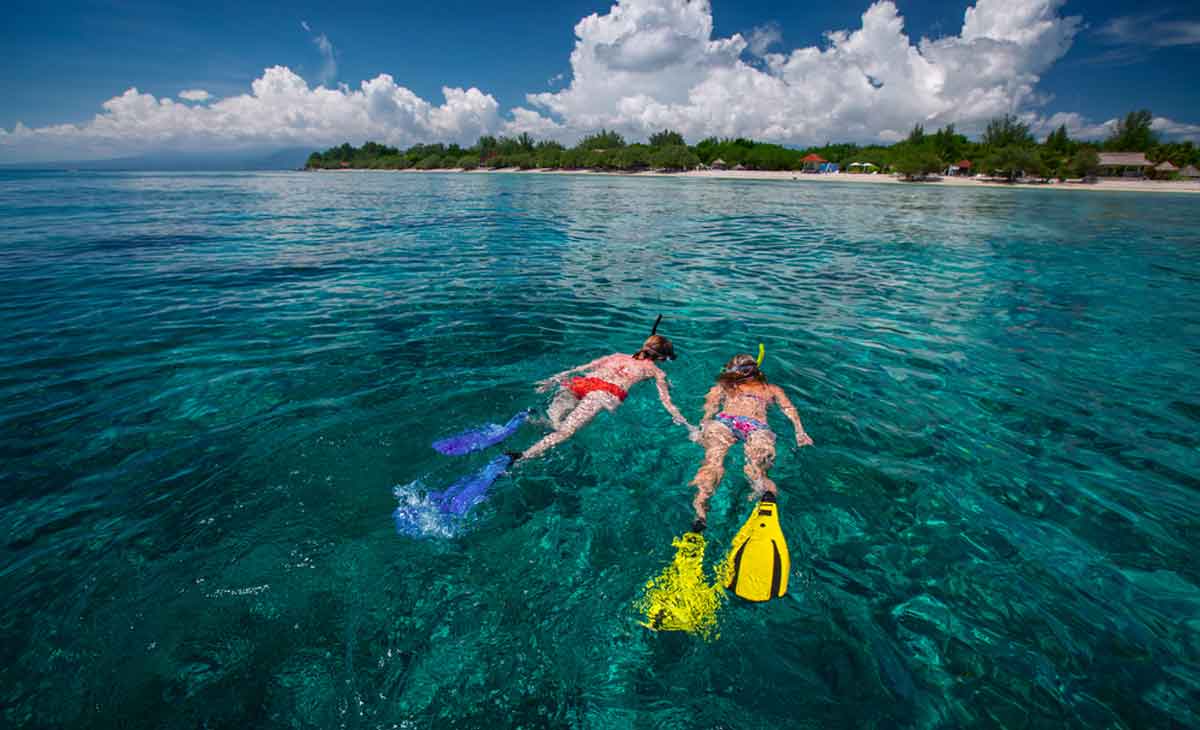 Those new to the concepts of water based activities, especially those involved in tropical paradises do much research. One they hear is that Scuba divers can’t fly straight after a dive.

They have to wait a recommended 24 hours before getting on an aircraft. If they are not familiar with the reason, many envisage the same question related to snorkeling, especially if they’ve already booked flights and packages.

So, does a snorkeler have to wait to fly? Can you fly straight after snorkeling?

So if you’ve booked a package and a flight, don’t worry. This article will guide you through why the question is asked, why you probably shouldn’t worry, along with a few exceptions to the rule, that are important to know.

The question arises because even if you aren’t familiar with snorkeling or scuba diving from a practical point of view, almost everyone has heard of a symptom called the bends.

The bends is a condition that can arise in scuba divers when they ascend from depths too quickly.

Even if you’ve never read about it, you will have seen it in Hollywood movies or general conversation.

Without knowing what causes it, it’s reasonable to assume it’s something about diving underwater, as there are similarities in the two sports.

Let’s walk through why scuba divers have the risk, and why it does not apply to a typical snorkeler.

Why Scuba Divers Have To Wait 24 Hours Before Flying

The bends, also called ‘nitrogen narcosis’ or ‘barotrauma’ is often associated with scuba divers and is a condition that manifests in the human body when it’s subjected to rapid changes in pressure.

The pressure change can also happen in flights, as well as the depths of the sea.

Standing on land at sea level is called atmospheric pressure. For every 33 feet, you descend in the water you can add another atmosphere of pressure.

Also relevant is the fact that natural air, as well as compressed air is 78% nitrogen and 21% oxygen.

A scuba diver at depth will be breathing compressed air at a higher surrounding pressure. At depths that nitrogen is absorbed into the body, but is naturally expelled.

If a diver ascends to the surface to quickly the body cannot expel the nitrogen fast enough and ‘air bubbles’ form in the blood and tissue. It can produce headaches, and joint pain, but in the most severe cases it can be fatal.

Scuba divers have an ascent rate recommended at 9m per minute so the body can adjust safely to the changing pressure.

Even when at the surface scuba divers still might have an elevated level of nitrogen in the blood and body tissues.

As an aircraft is a changing pressure environment, scuba divers are informed to wait for 24 hours until the nitrogen in their body will be expunged.

Why This Shouldn’t Worry Snorkelers

So, scuba divers need to wait so that the nitrogen in their bodies gets expelled. The key critical points to ponder are;

Thus if you breathe air at depth, for a long period of time, and then ascending rapidly you are at most risk from the bends, or nitrogen narcosis.

So this shouldn’t worry snorkelers for a variety of reasons.

Snorkelers don’t breathe compressed at all let alone at depth pressure. A snorkeler will be breathing atmospheric air pressure, and even if they dive, they do so holding their breath. No intakes of breath are taken.

A typical snorkeler might only dive 3 to 4 meters. This depth change doesn’t have a significant pressure change for the environment.

The time at depth is short, pretty much as long as a snorkeler can hold their breath.

As the depths are short, the rapid ascents don’t happen.

Snorkelers don’t get a build up of nitrogen in their bodies, so barotrauma isn’t an issue

As snorkelers are almost certainly not in danger from the same set of conditions that give the ‘24 hour rule’ to scuba divers, there are a few conceivable, if not unlikely, conditions where a snorkeler might need to be more concerned.

It both cases they are more imitating a scuba diver.

A holiday snorkeler is unlikely to come across either scenario.

It should be noted that if you intend to do any of these I’d recommend professional instruction before doing them.

Firstly, there’s taking breaths from a scuba tank. It’s conceivable at least that a snorkeler underwater can meet up with a scuba diver and use the alternate air source. If they breathe compressed air at depth, then nitrogen will build up in their body that will need to be expelled with a slow ascent to avoid the bends.

Secondly, there is compressed air technology for snorkelers. Recently to the market are small cylinders for use by those wishing to snorkel rather than dive.

This is also the same as being a scuba diver, so a snorkeler would need to be aware of the problem that would be looming.

In both cases, the snorkeler would have nitrogen build up so potentially need to follow the same rules as that of a scuba diver, namely, wait 24 hours before getting on an aircraft.

With typical holiday snorkeling, no-one needs to worry about flying at any point after being in the water.

No practical difference in the pressure change coupled with the fact that they aren’t breathing compressed air at depth means snorkelers don’t have any risk to the problem of nitrogen narcosis so associated with scuba divers.

There are a couple of notable exceptions, but in both of those incidents, a snorkeler will be acting more like a scuba diver.

The 24-hour rule of scuba for flying is done based on eliminating risks associated with deep water diving.

A snorkeler is unlikely to perform the same actions that lead to the rule, so with a holiday or recreational snorkeling, there are no issues to worry about.

You are safe snorkeling and flying.